Granada, a City to Eat 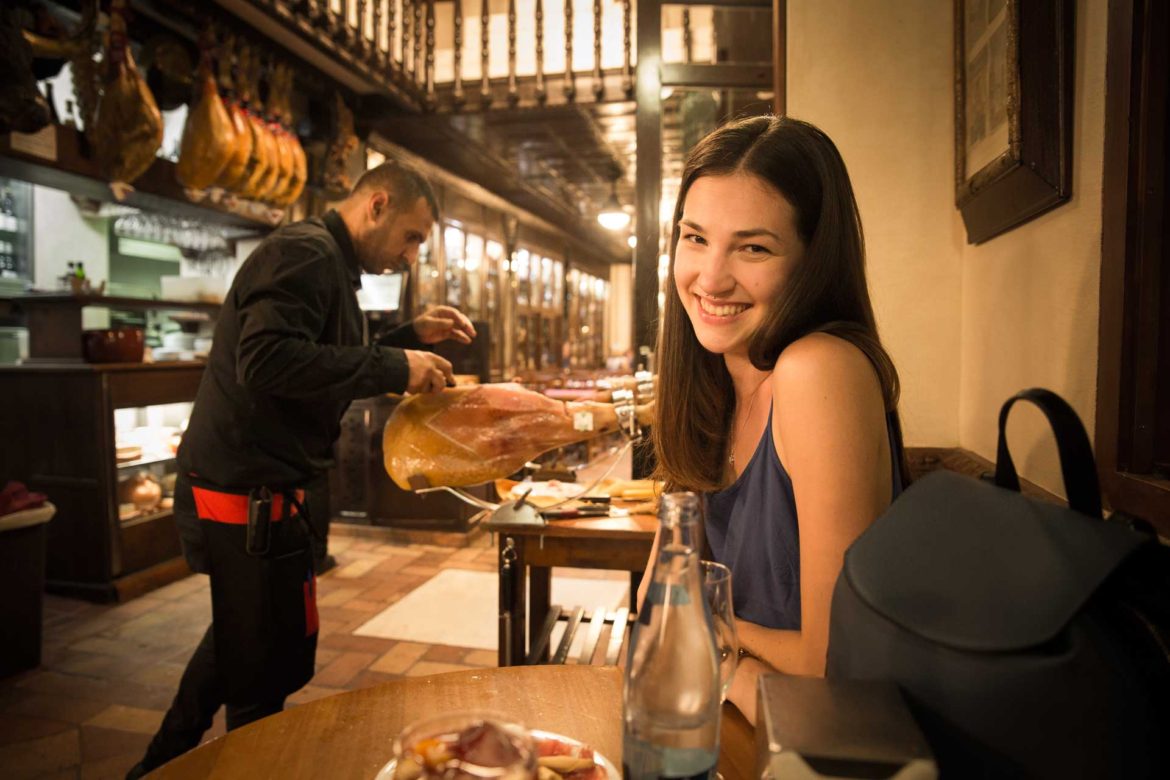 What word would represent more the Andalusian city we visited this year in june if not “tapas”?

Since we met we dreamed of visiting Granada and, after two years, we’ve finally made it. It has been a long journey to get us there (from Valvasone to Milan and then off to Granada by plane), but we didn’t waste any time and we immediately got into the spirit of this city of Arabic influence. 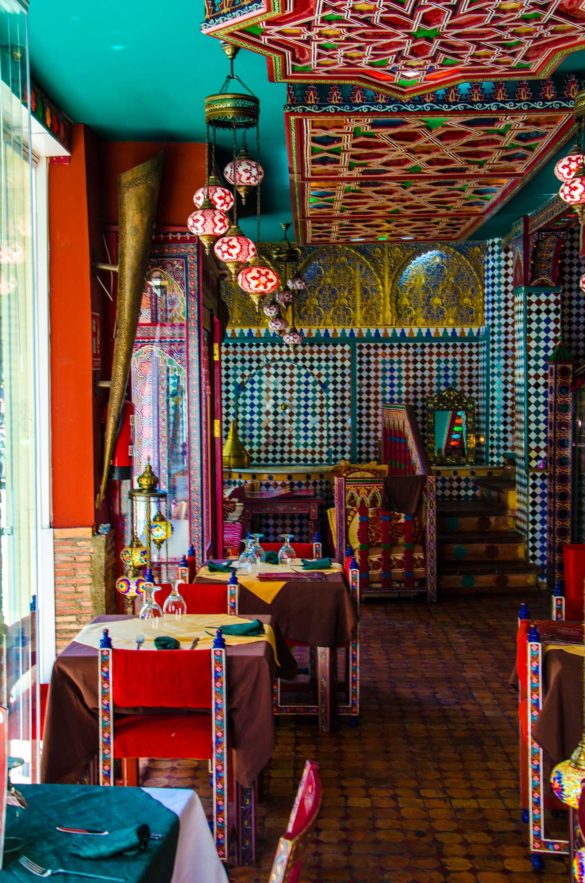 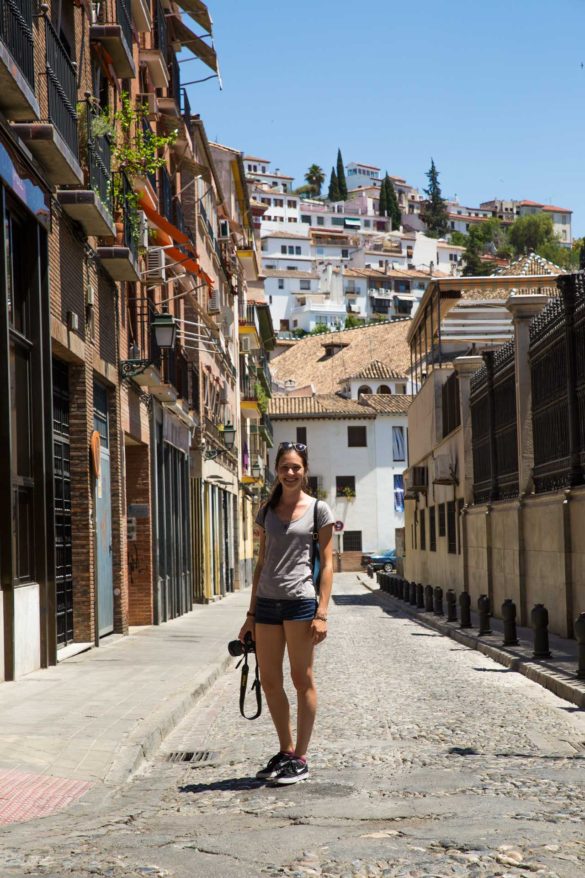 Like I mentioned before, tapas have been the main point of our trip: Granada might be the only (if not only, one of the rares) spanish cities were for every drink, you get a COMPLETELY FREE tapas. I’m not talking about a simple snack, but a proper dish of exquisidelicious Catalan food. You can find tapas bars at every corner of the city and, believe me, you can’t go wrong! Just to give you an idea of how much we were into it, let me tell you that, before going out for the last night, we asked at the hotel if they had any suggestion on where to go to eat something and they almost gave up since we already went in almost every place they named. So, from experience, we would recommend these: Los Diamantes, Bodega Castaneda, Restaurante TTT Granada, Rosario Varela and El Bar de Fede. 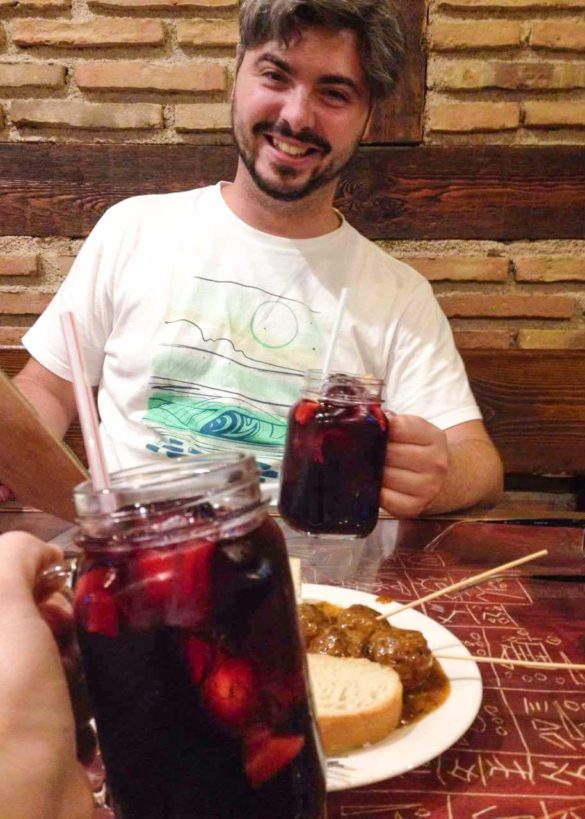 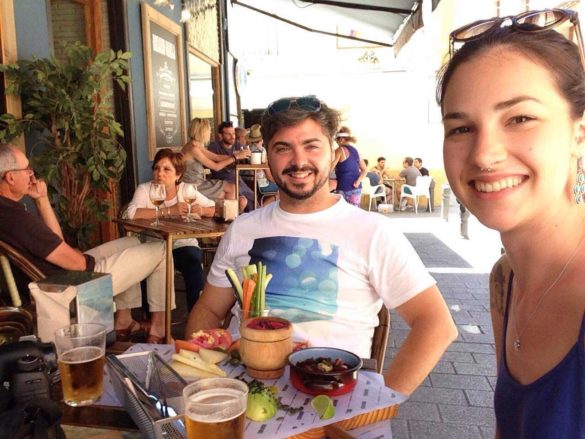 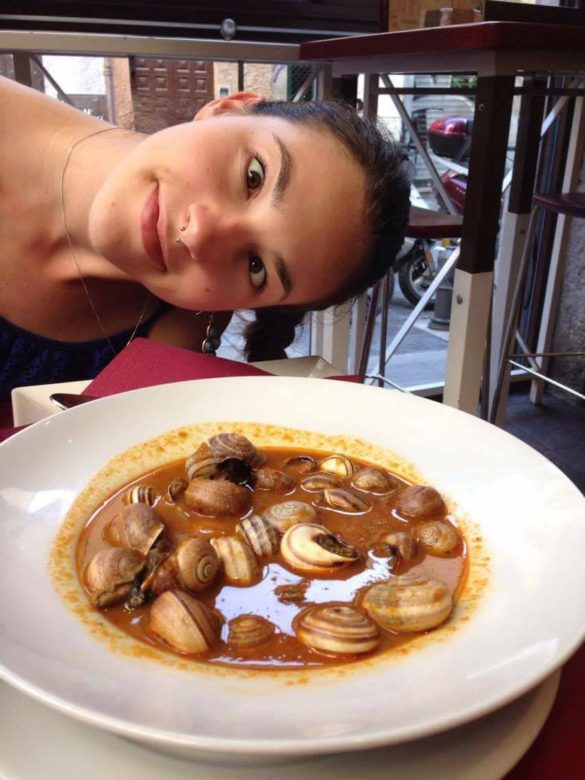 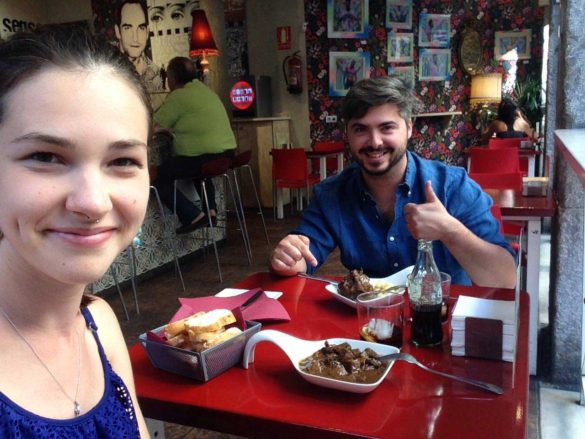 Between tapas we also walked a lot (to work them off, indeed). Granada is really peculiar and it needs to be lived with an open mind. It’s neither chic nor extravagant, but a mix of gipsy and spanish culture with a taste of Africa. Long streets with Arab places, white houses that like daisies fill the hills at north, an impressive and yet romantic red fortress dominating over the entire landscape and many, many colors and smell of spices or incense. 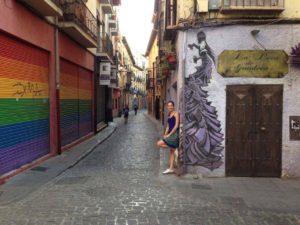 Of course you can’t miss the Alhambra. I really suggest you to book months ahead  the ticket to visit the fortress at day/night. It’s divided in different palaces and towers. The main ones are: Alcazaba, Palacios Nazaries, Generalife , the palace of Charles V and Palacio de los Leones.  The latter consists of an internal courtyard, surrounded by 24 columns of white marble, inside which is erected the fountain of the 12 lions, symbol of this palace; water is certainly the element that binds together all the buildings inside the Alhambra. 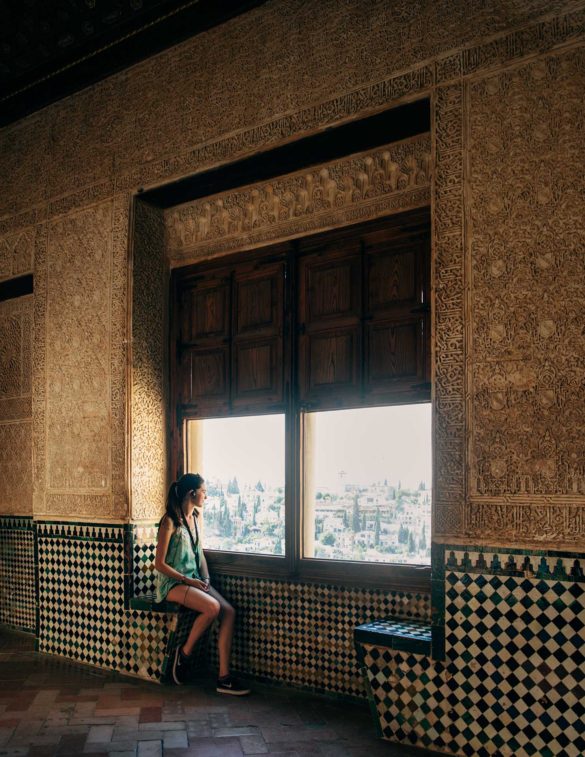 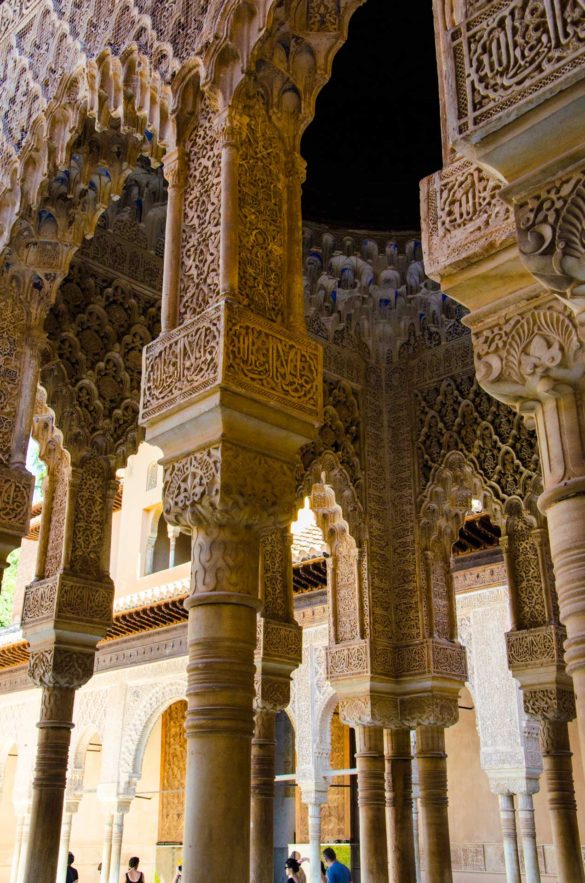 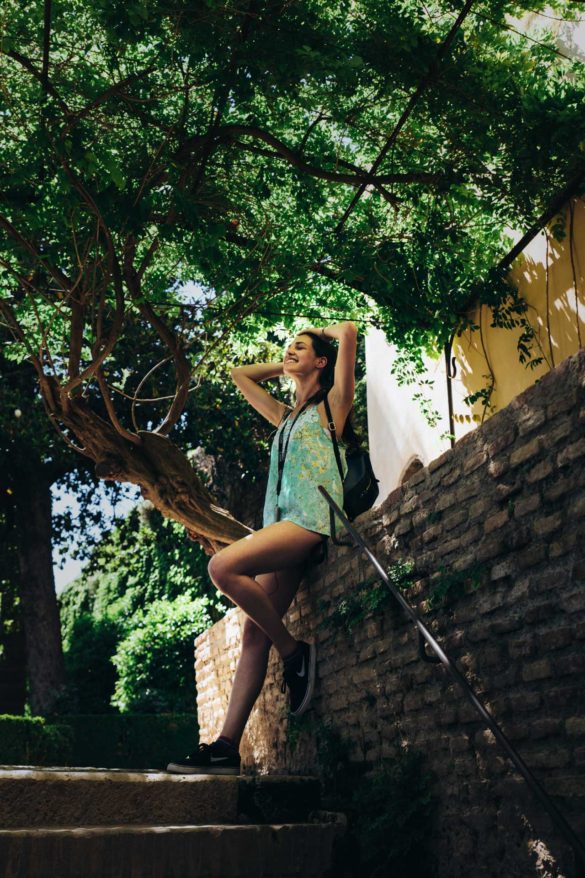 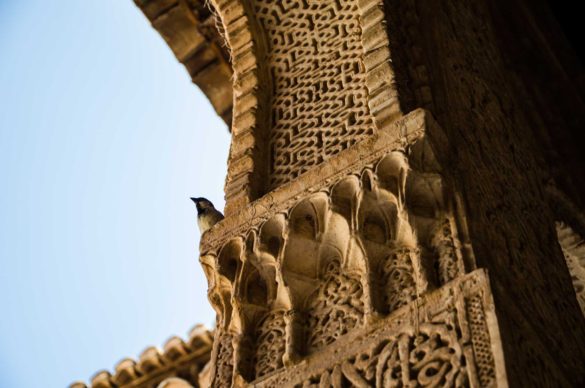 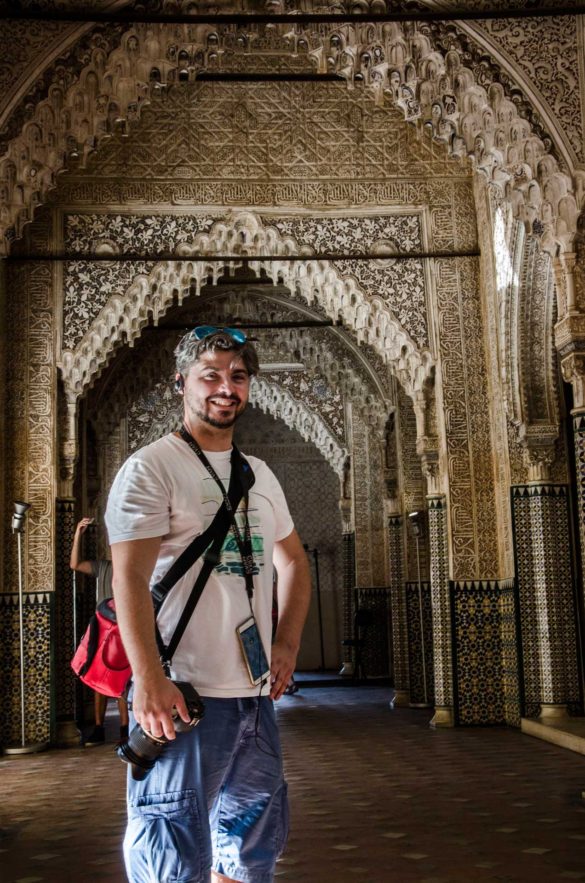 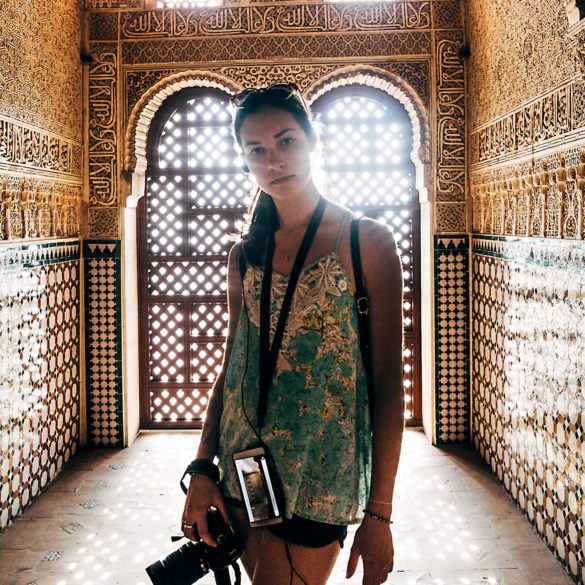 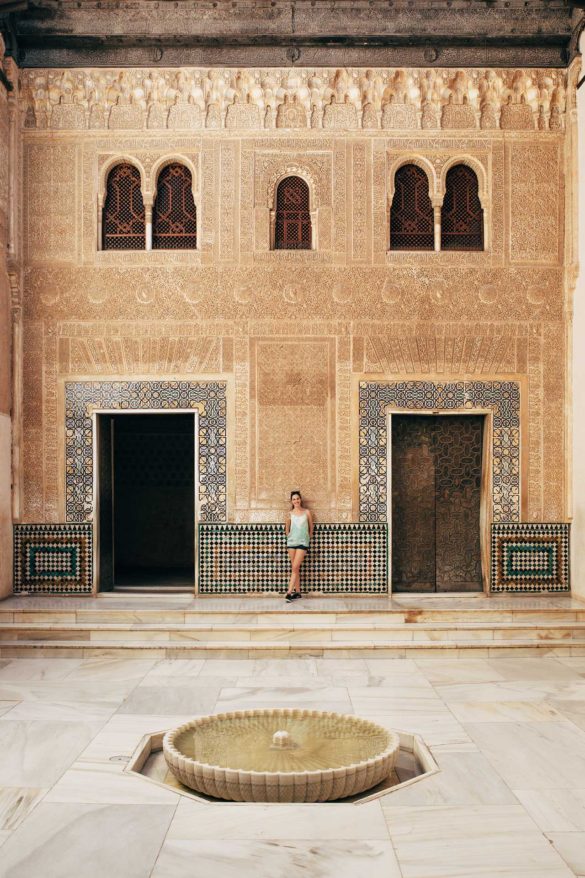 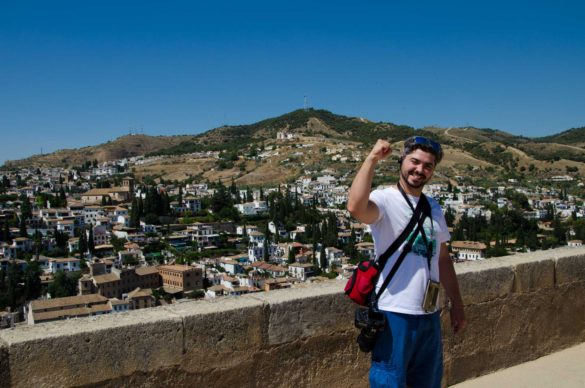 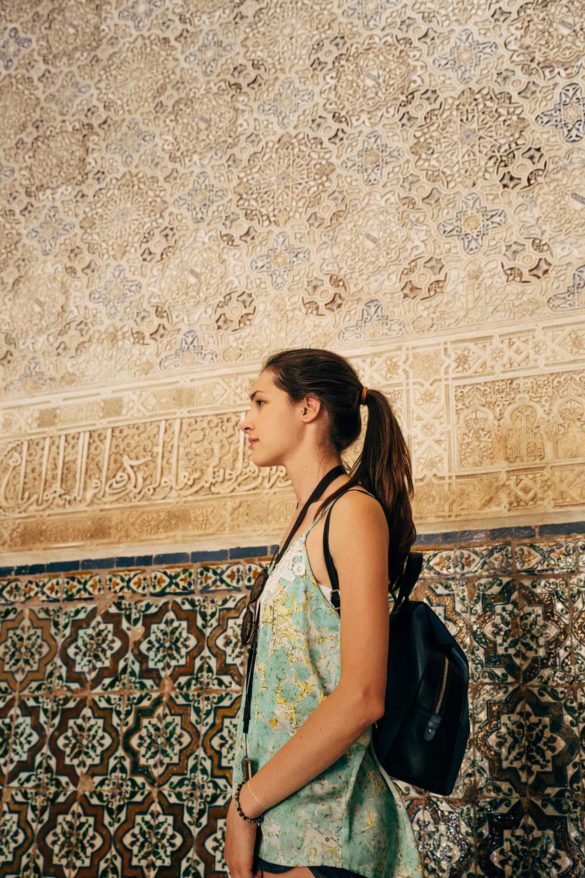 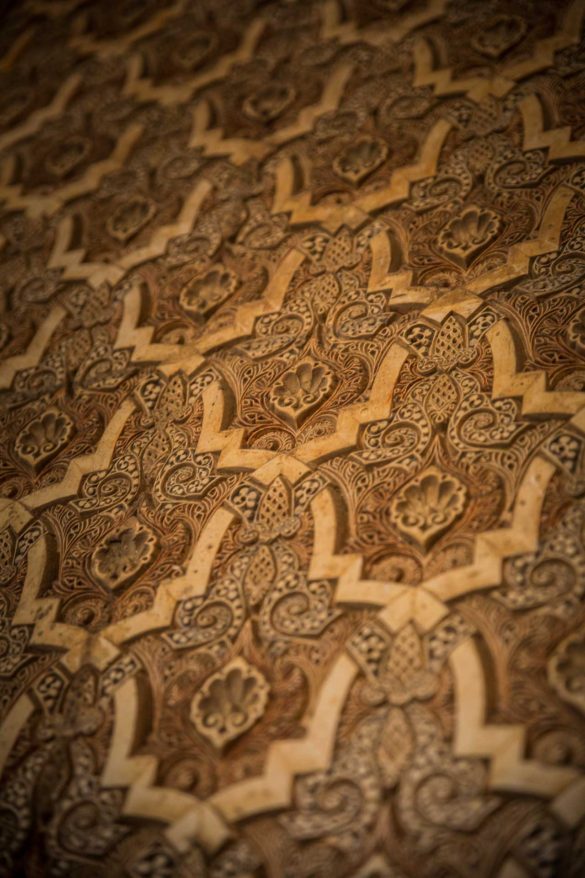 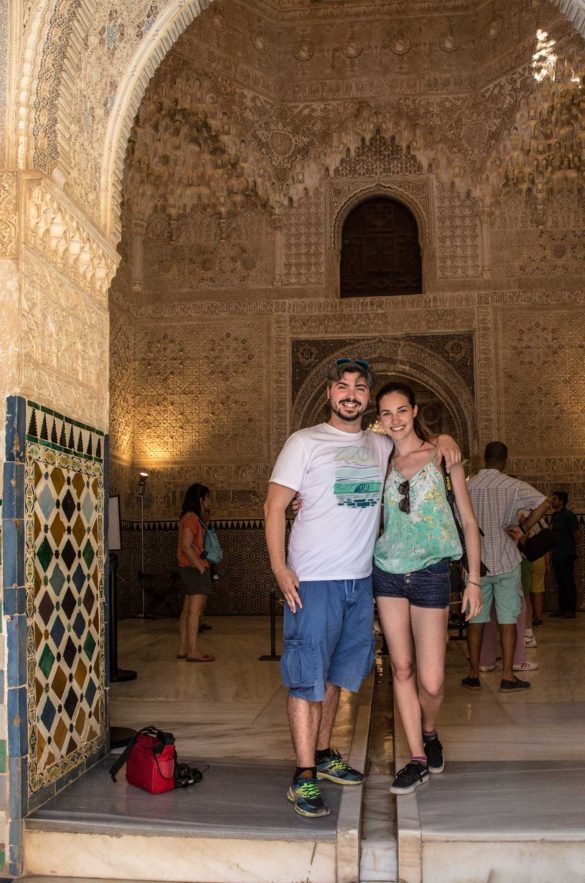 Another spot you can’t miss is San Juan de Dios church. We spent an entire morning there and obviously, as you can see, Jack couldn’t resist taking a picture in Game of Thrones style. Aside from feeling yourself like the King of The North (or like a Lannister, seeing the richness of it), this church is absolutely stunning! A massive gold tabernacle with a terrace standing over the altar, paintings and frescoes filling the walls and a sense of unparalleled omnipotence. If you want to feel very small, also the Cathedral of Incarnation of Granada won’t disappoint you with its giant columns supporting it, it will have you looking up most of the time. Absolutely not to be missed! 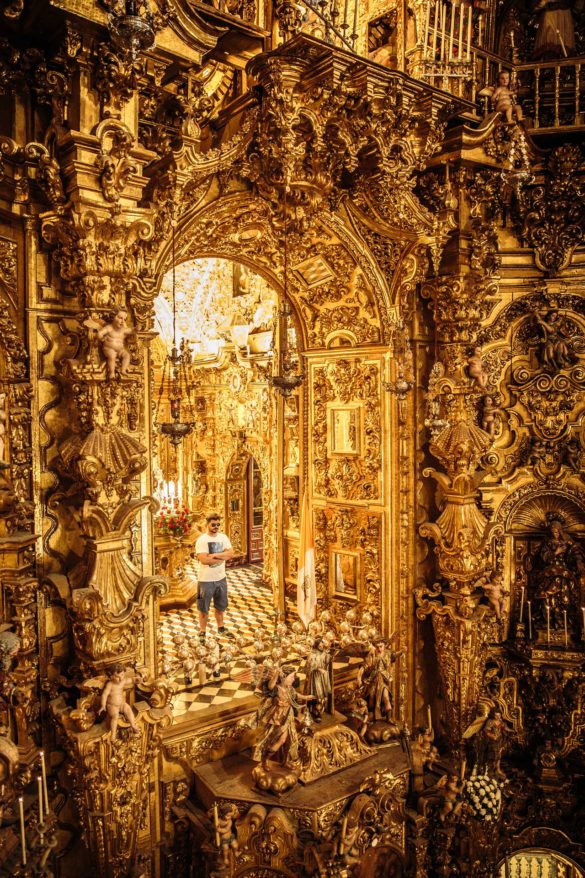 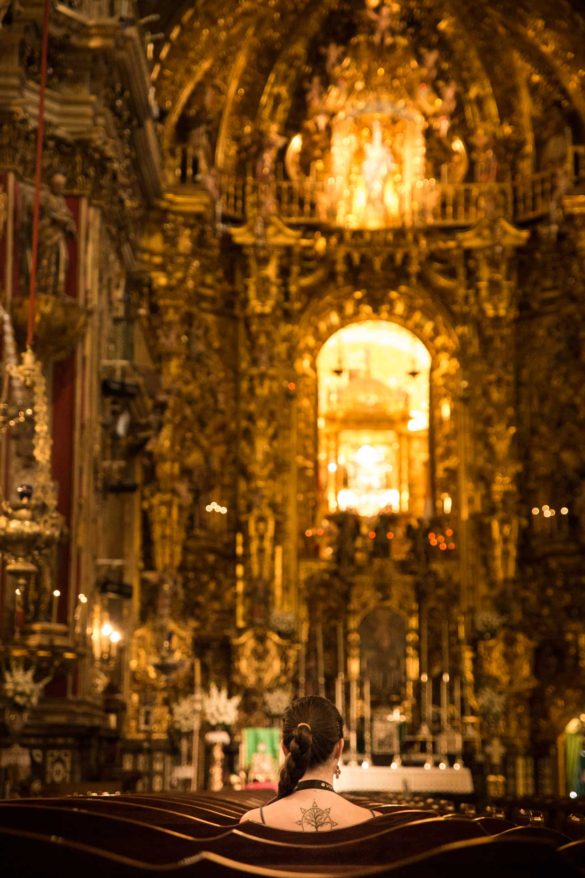 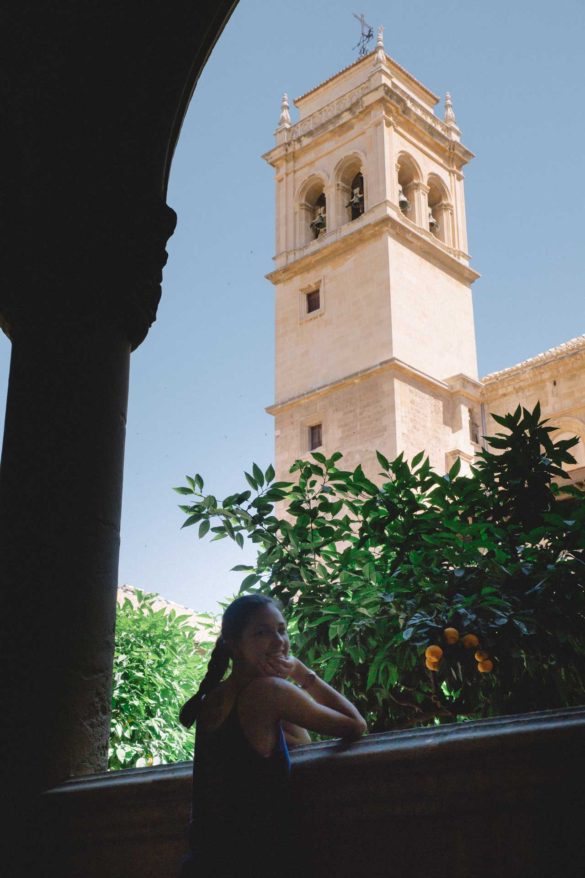 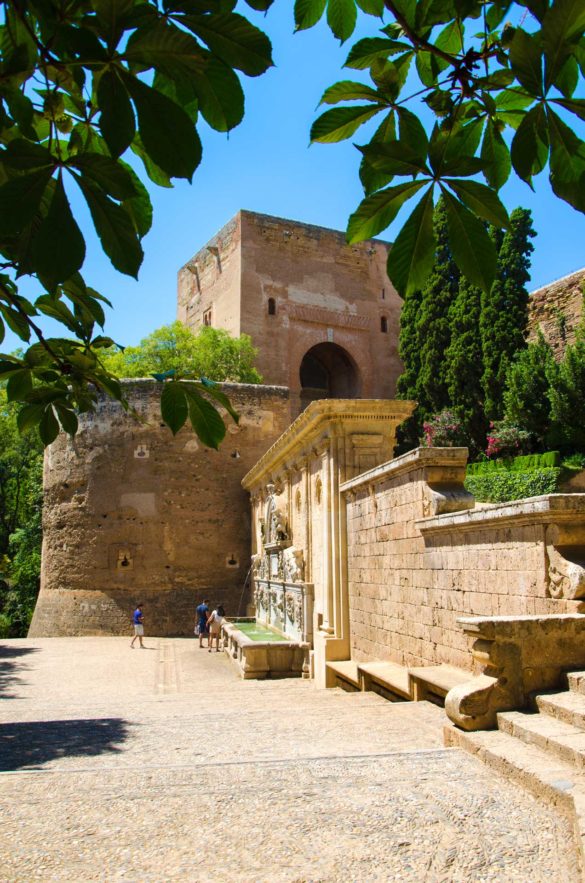 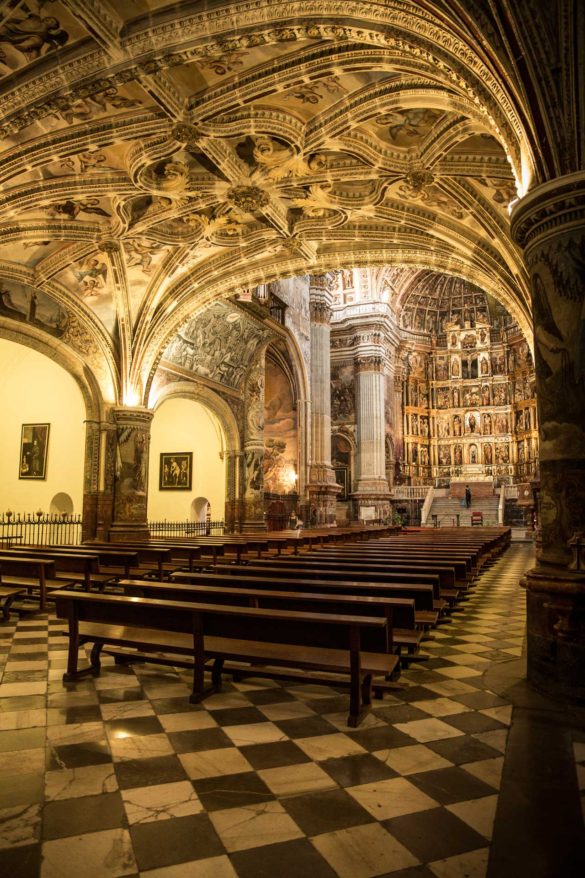 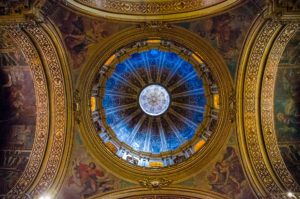 Lastly we really enjoyed the Flamenco show at Cueva de la Rocio in the Sacromonte: passion is combined with a story of life, all expressed through wooden heel shoes, clapping hands and a background singer with it’s guitar, wonderful! 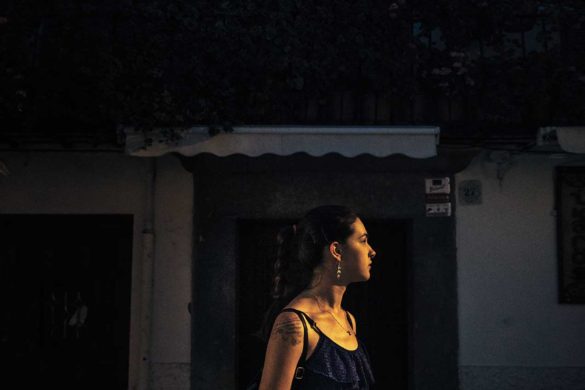 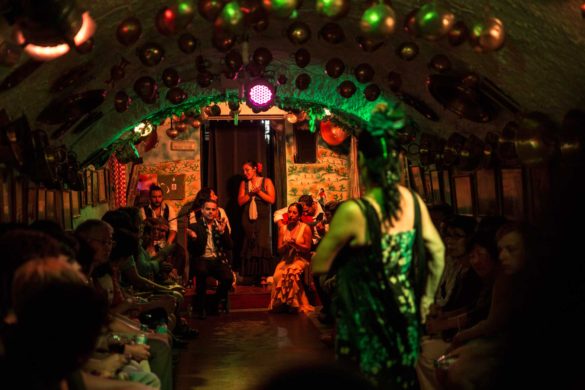 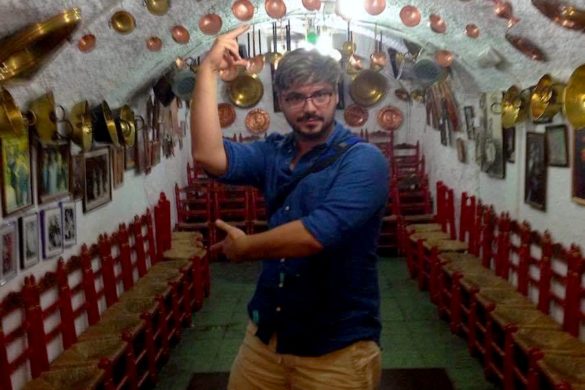 Granada, enigmatic for its peculiarity, with his mix of cultures and those super tapas, didn’t let us down for sure, instead it kept its half Spanish and half Gypsies promises. 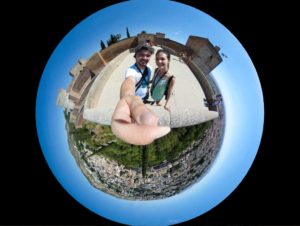 The Rilke path: a beautiful and easy trail...

Our Holidays in Italy at the Tremiti Islands...

Wines from Italy. Our walk through the renowned...

Those 4 days through Edinburgh, Stirling and the...

Montenegro – Our dream holiday aboard a gulet 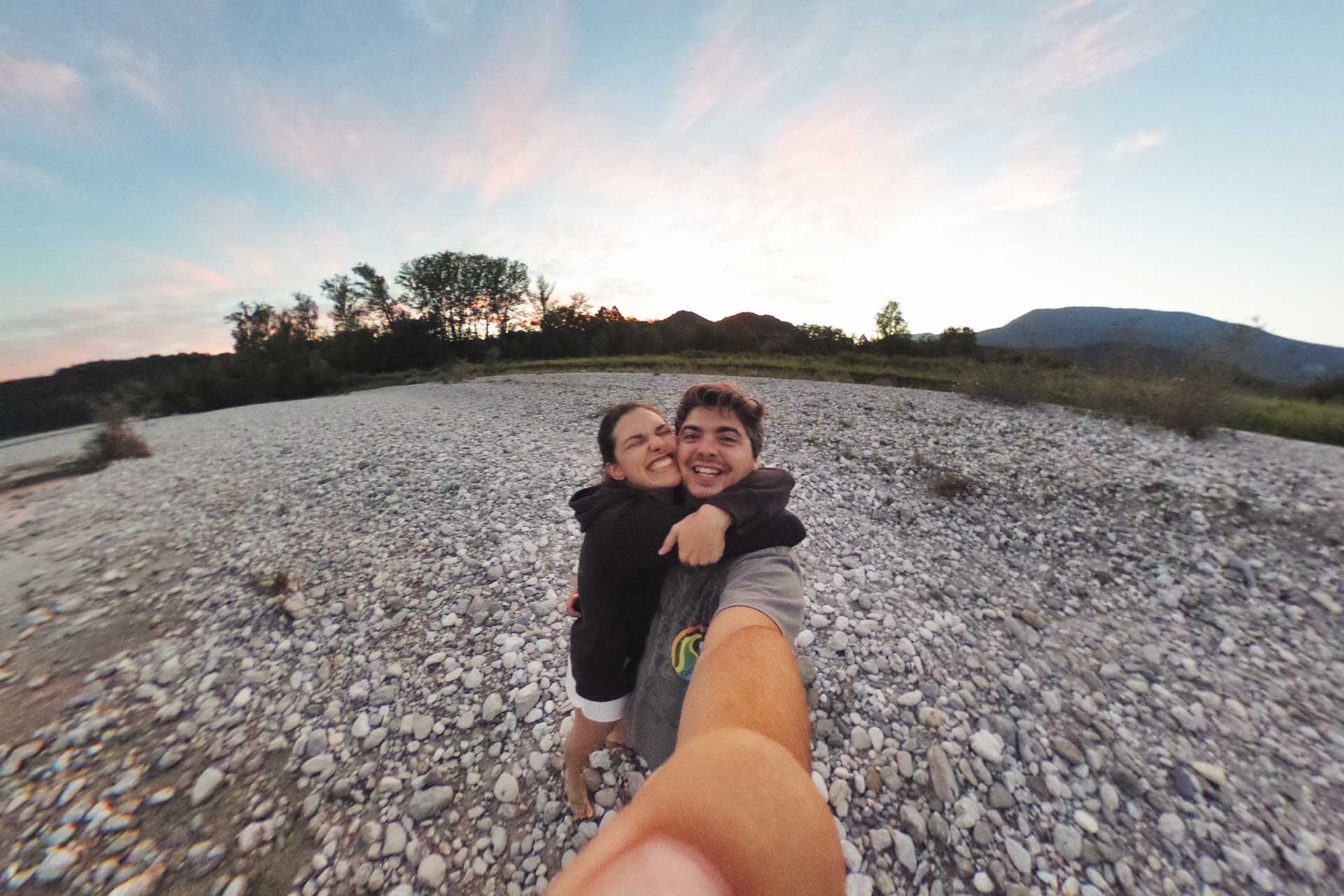