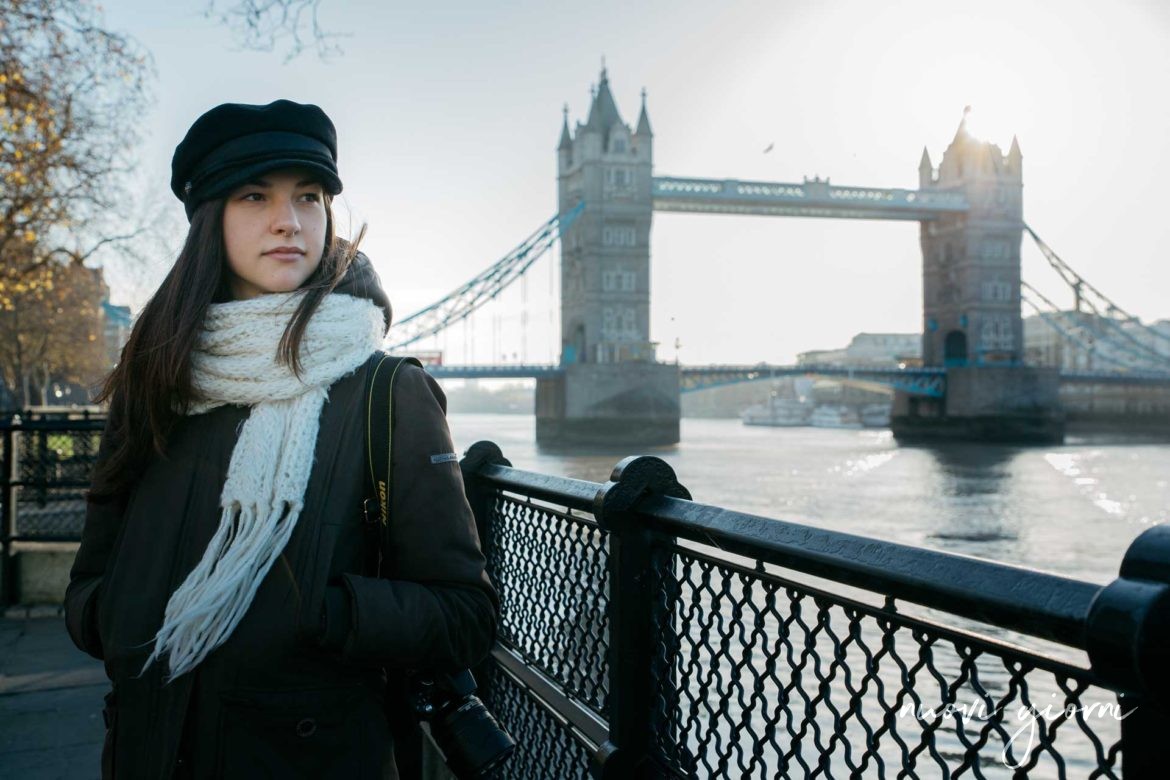 Fergie was right: “Oh shit!”. That’s what I said at when I first saw this cosmopolitan city.

A bit chilly in winter, but certainly fascinating, London has a lot to offer especially in this holiday season. With its Christmas markets and the smell that brought me back to my days in Australia, The City amazed me as I would have never imagined! This was my first time in England and, thanks to Giacomo guided me planning a mega tour, I was able to appreciate it in every aspect and dove into the Christmas spirit 100%.

A beautiful view over the St. Paul Cathedral accompanied my first awakening: the position of the hotel was just perfect to walk around the city (Club Quarters, St. Paul S). English breakfast and we were good to go! Planning everything down to the last detail gave me the opportunity to fall in love with London at first sight, and by walking for several kilometers not to feel cold, we managed to visit main city attractions.  From St. Paul we headed towards the Tower Bridge, a massive bridge that imposes itself  over the Thames with all its majesty. 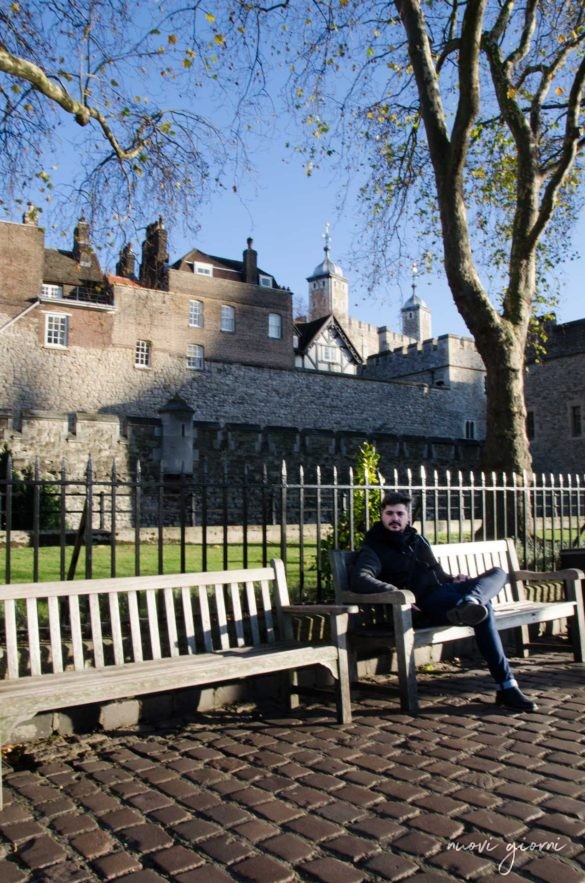 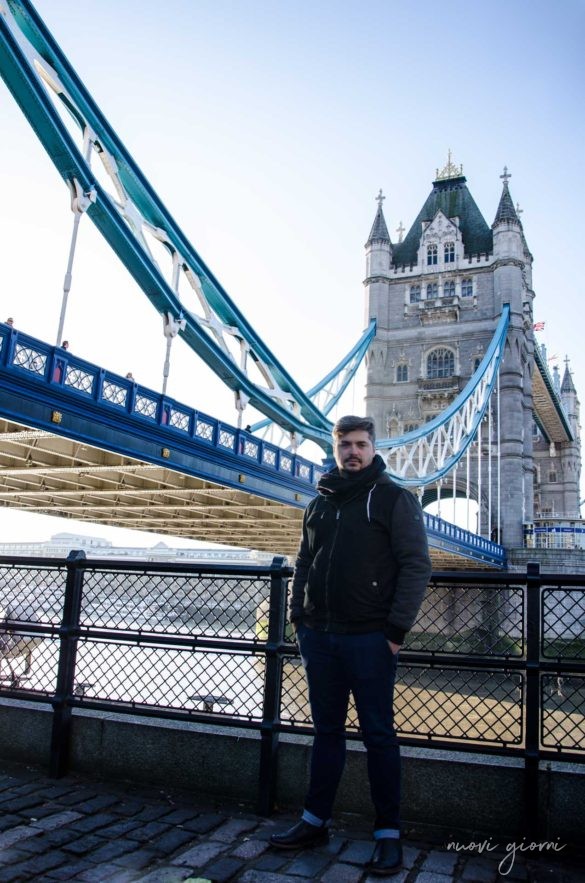 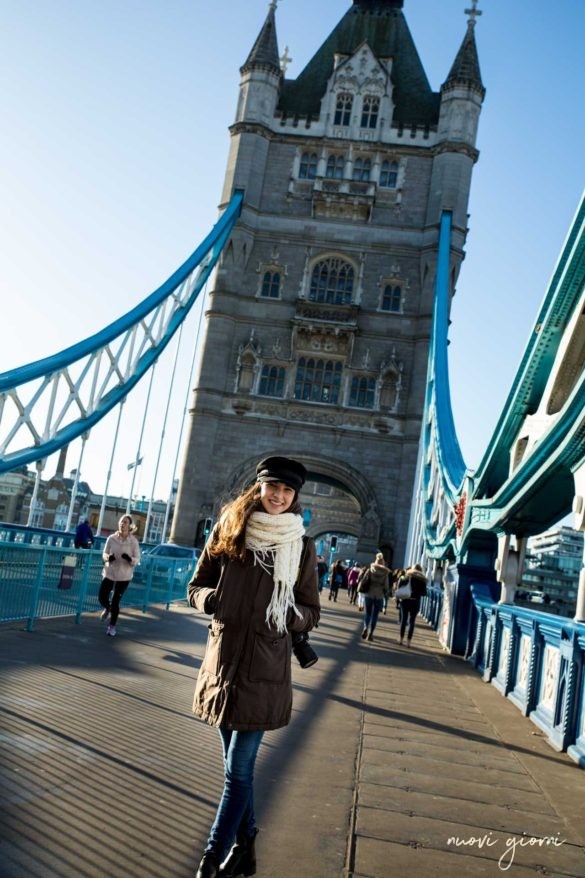 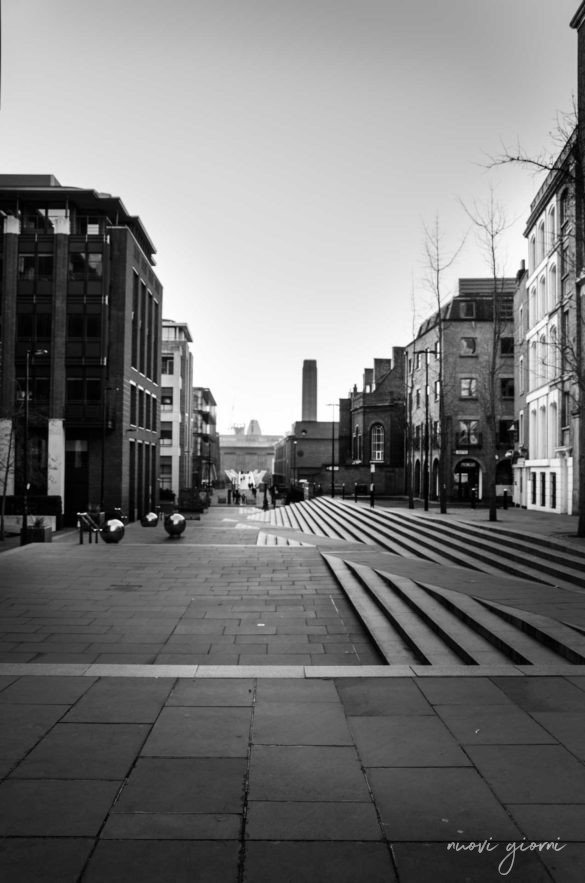 After we crossed the bridge, we found ourselves in a place that opened my heart: South Bank Christmas Market. There, you could find anything you wanted: from amazing finger food to english beers, from mulled wine to french raclette. Superb quality!

Also an old warehouse got our attention. With its sign “Something different” the Oxo Tower Wharf is home for a great number of small shops in which you can find original british design goodies and it has been quite a discovery for us!

In South Bank my eyes never stopped, everything was exciting and worthy of attention. The Hot Dog food truck in an Airstream or the skated park full of graffiti, it all concurred to enrich the memory I have of London. 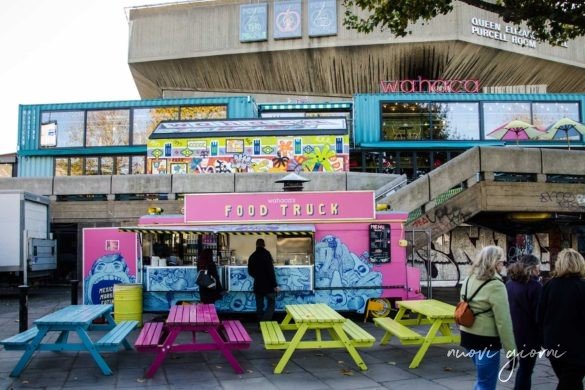 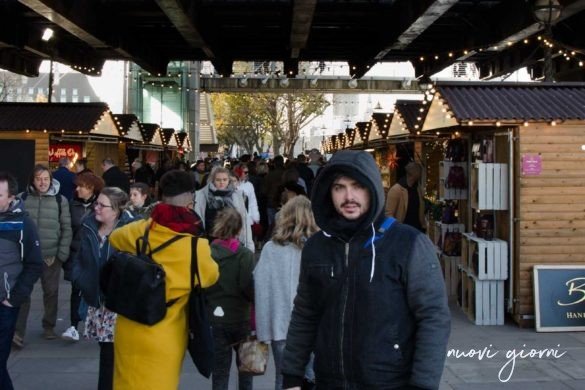 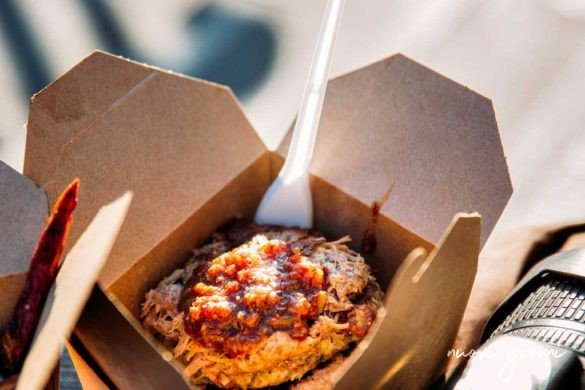 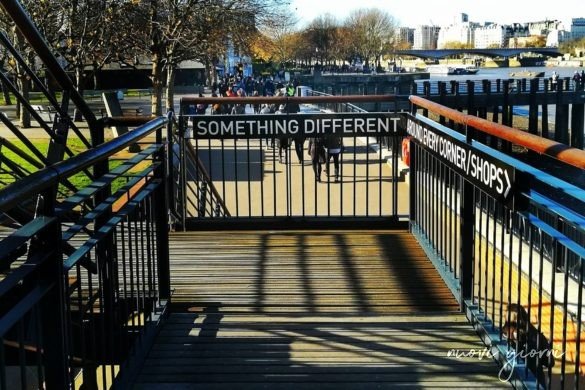 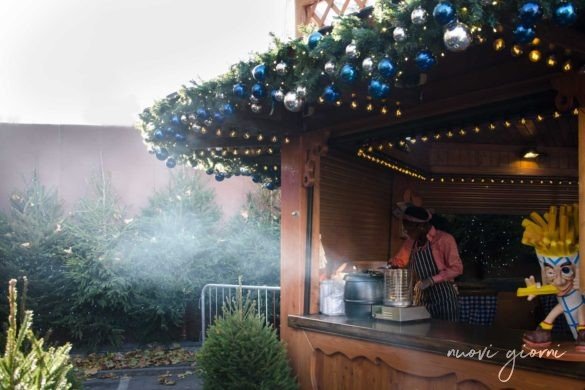 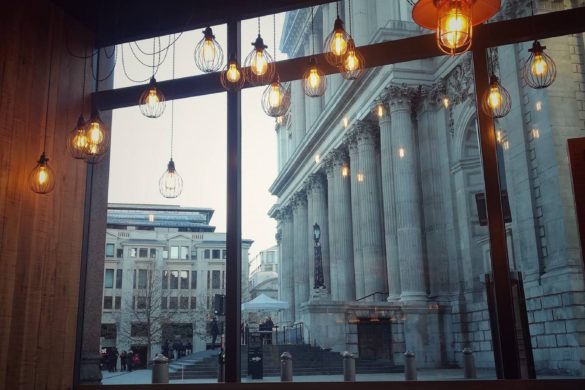 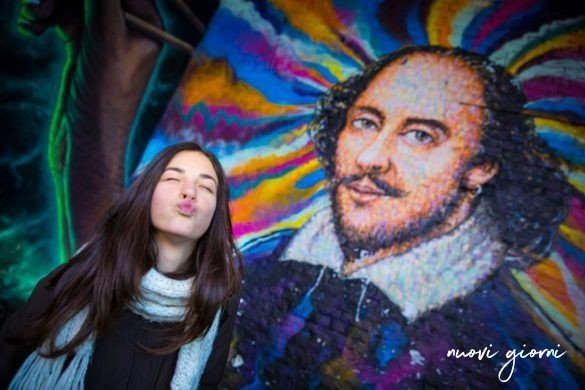 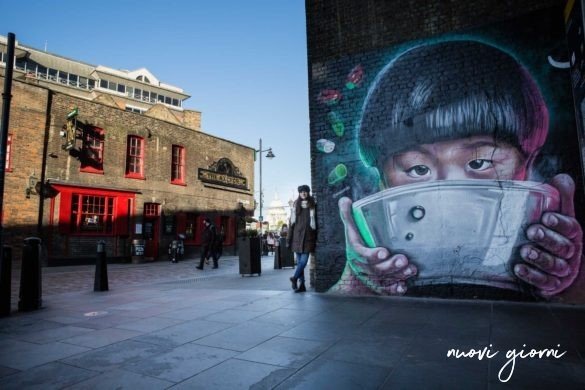 We quickly got across Wesminster Bridge passing by the Parliament and the Big Ben, we reached Trafalgar Square and then we continued over The Mall to arrive at Buckingham Palace. Not tired yet, we went back to admire Westminster Abbey: a marvellous gothic church that will give you goosebumps. It felt like I was in a Hitchcock thriller 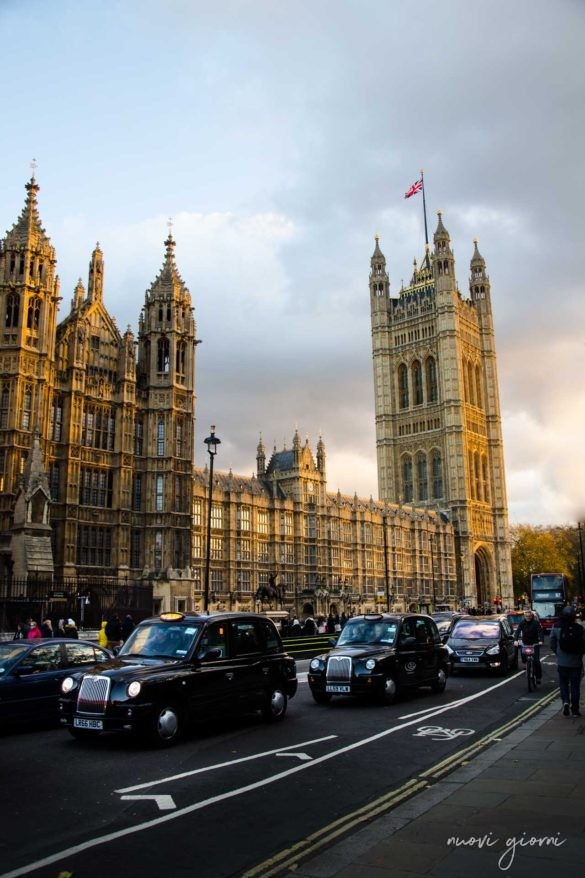 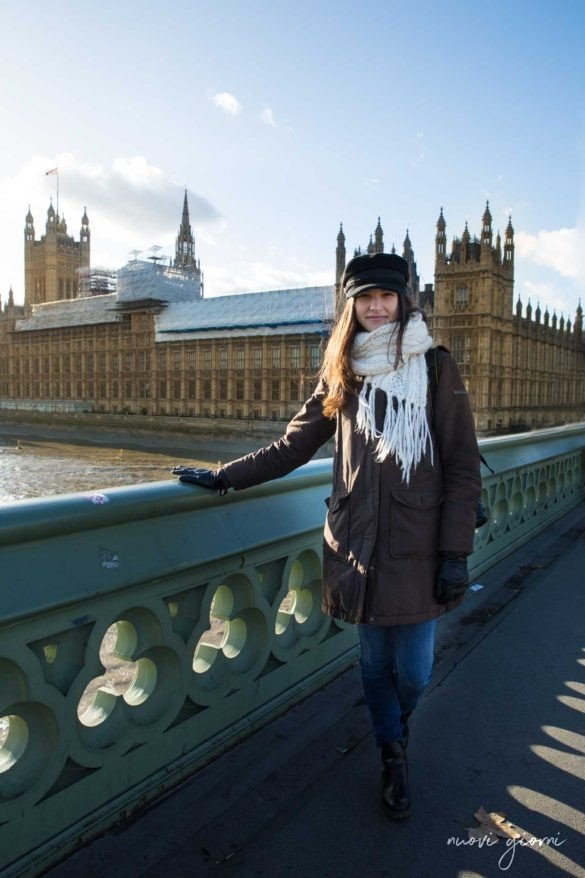 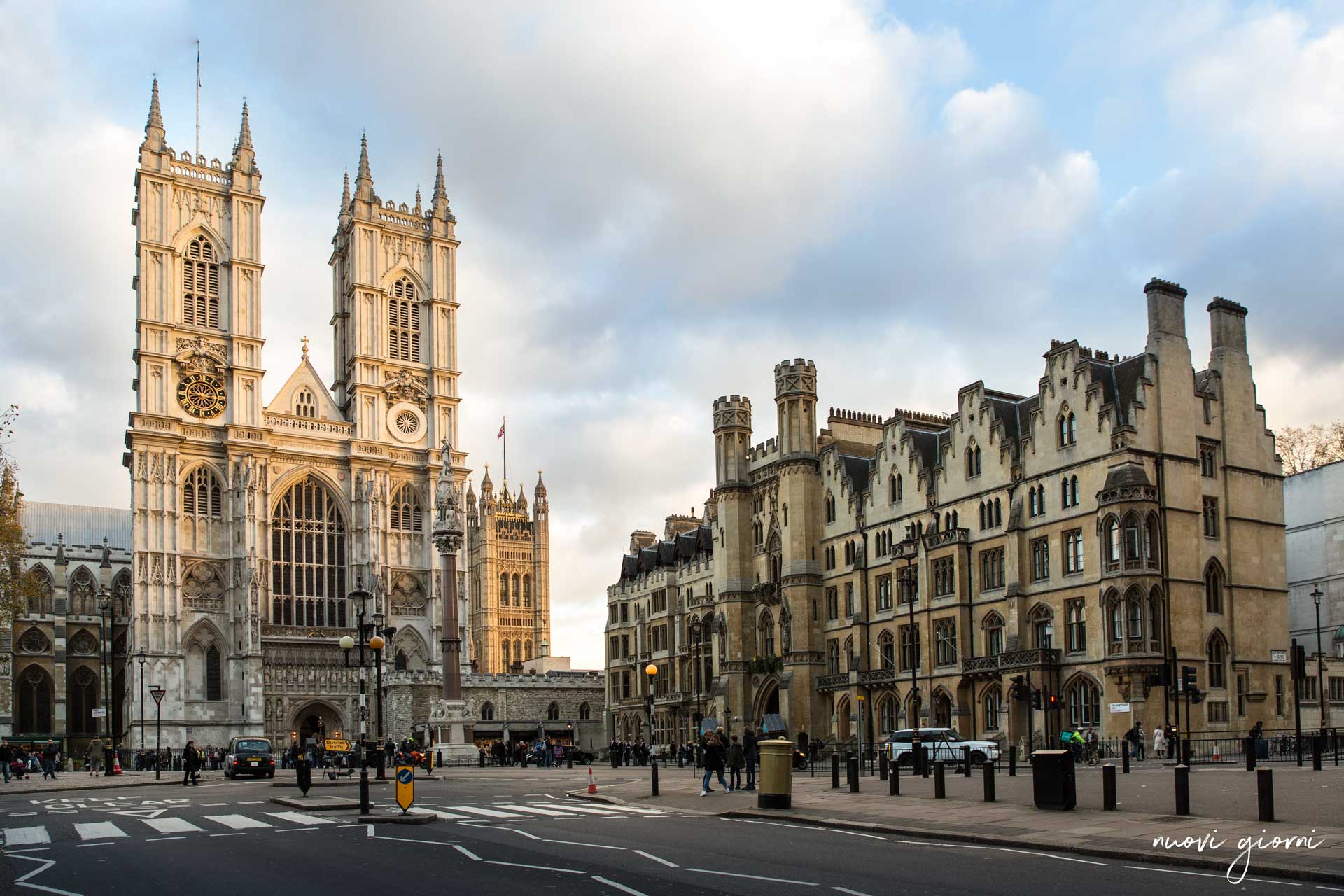 Tea time! So at 5 p.m. we found ourselves in an incredible whirlwind of people at Piccadilly Circus and we decided that it was time for a relaxing break in the warm embrace of “Zedel”, where we spoiled ourselves with cakes and a good Earl Grey.

For dinner, Giacomo booked a table at the Barbecoa near St Paul. It is one of the restaurants of the famous chef Jamie Oliver. I had to reconsider my views on english cuisine… Delicious!

By the way, this was JUST the first day! 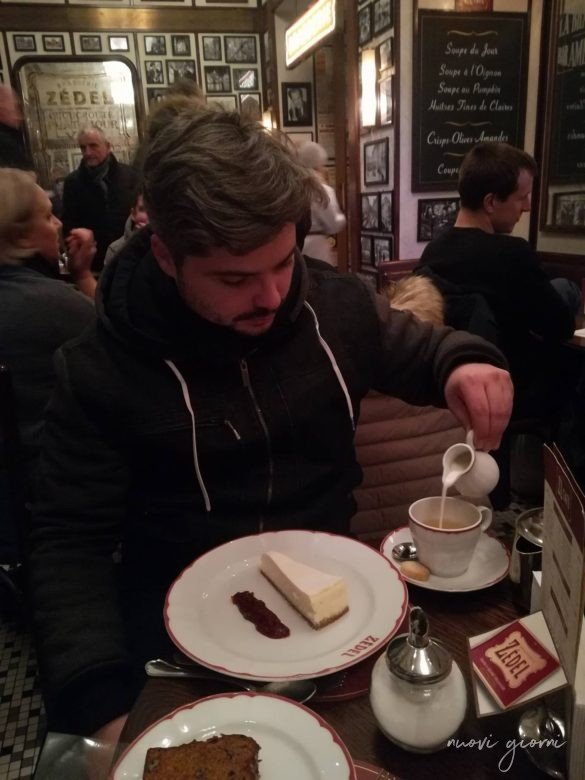 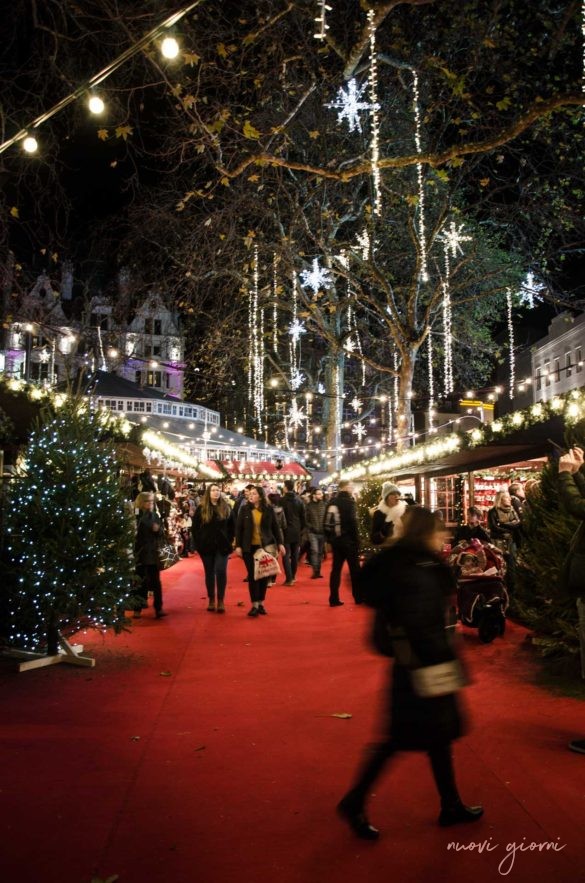 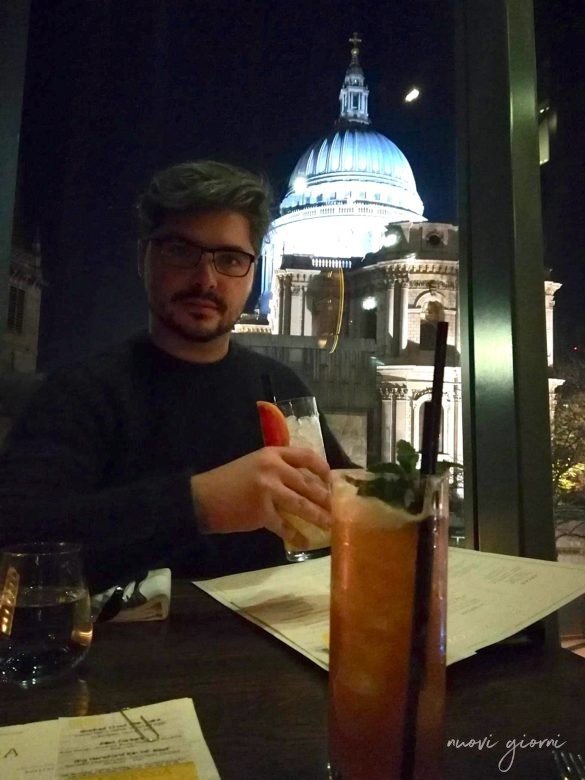 Second day. Ready, set, go! This time we cheated and we used the subway and I must say that it is very efficient.

Platfoooorm 9 ¾!! It’s time for King’s Cross station and for Harry Potter fans from all over the world it’s off the chain. Nearby the platform there’s a souvenir shop that would make you say… Olivander who?

Not too far away there’s the British Musuem and in that period there was the “A History of Magic” exhibition. It took inspiration from the world of Hogwarts created by J.K. Rowling and showed how magic, monsters, alchemy and obscure arts had been believed and studied for real in the past. Really an amazing and entertaining exhibition which showed among other things also the parchment cointaint the formula for the Philosopher’s Stone, the first book in which appeared the world “Abracadabra” and a real mummy of a mermaid! 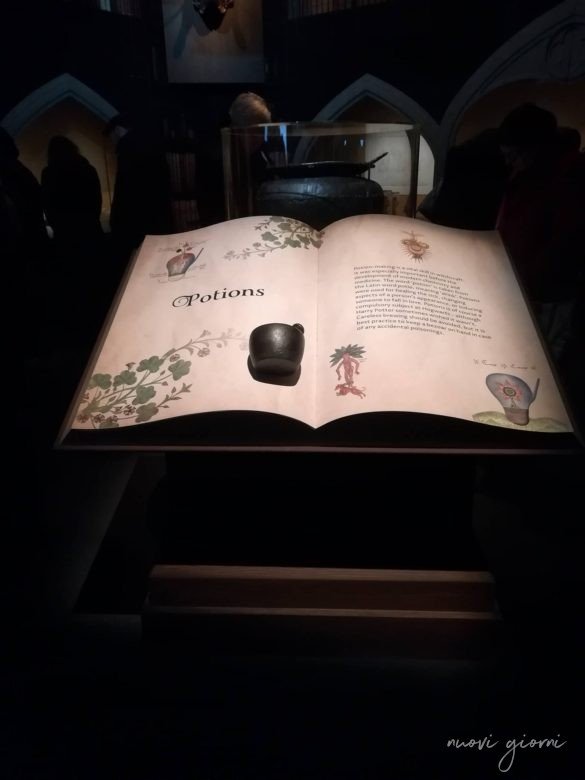 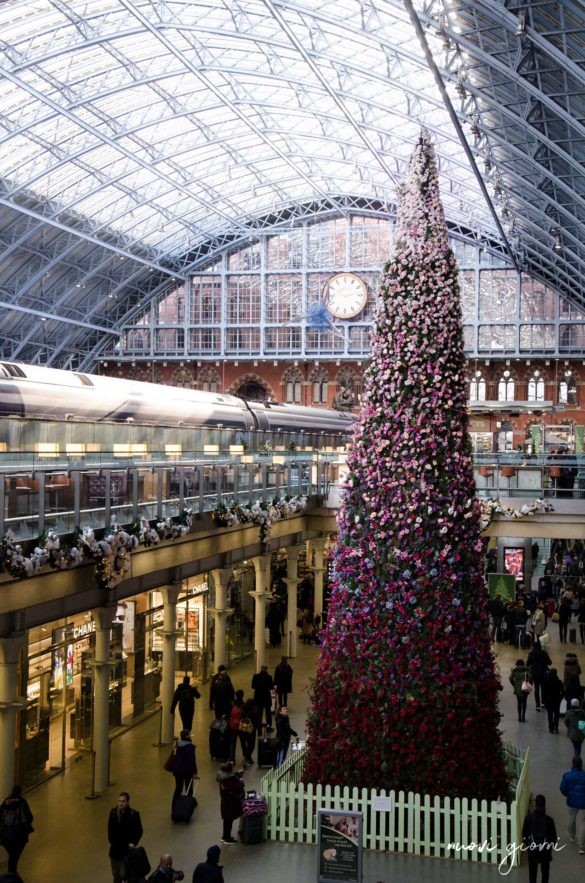 Back to the city centre, as we were tired we decided to go shopping at Fortnum and Mason. There we spent all our saving in special marmalades, chutneys, teas and honey. If you’re looking for the cream of the crop of english food, you’ll find it there. It’s not so much a touristic place for the young and hip, therefore, of course, it’s worth a visit.

Even though shopping was just imaginary, we enjoyed a lot walking along the all decorated for Christmas, shiny, sparkling, marvellous Oxford and Regent street: it was pleasantly romantic going through this modern Santa Claus village. 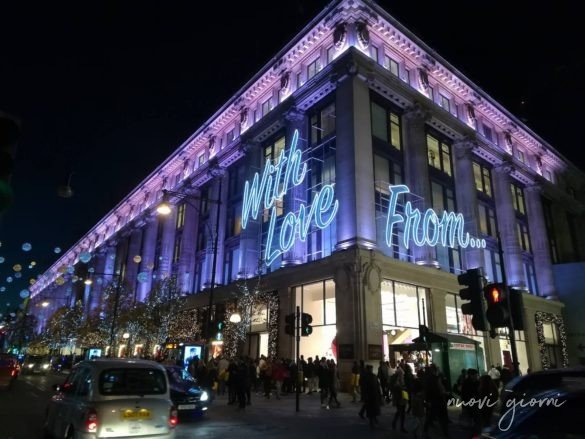 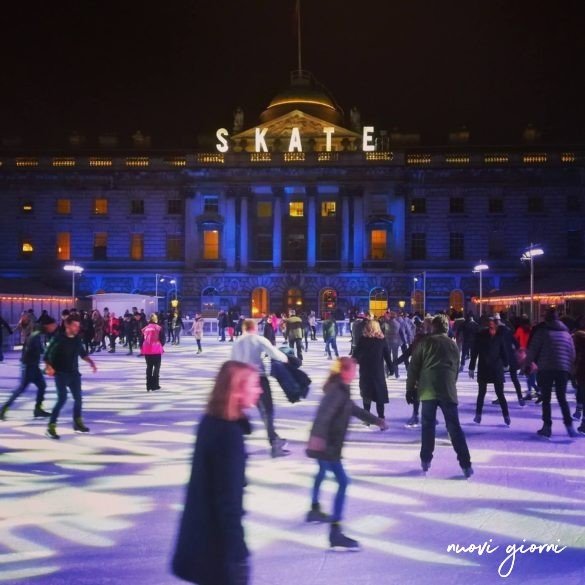 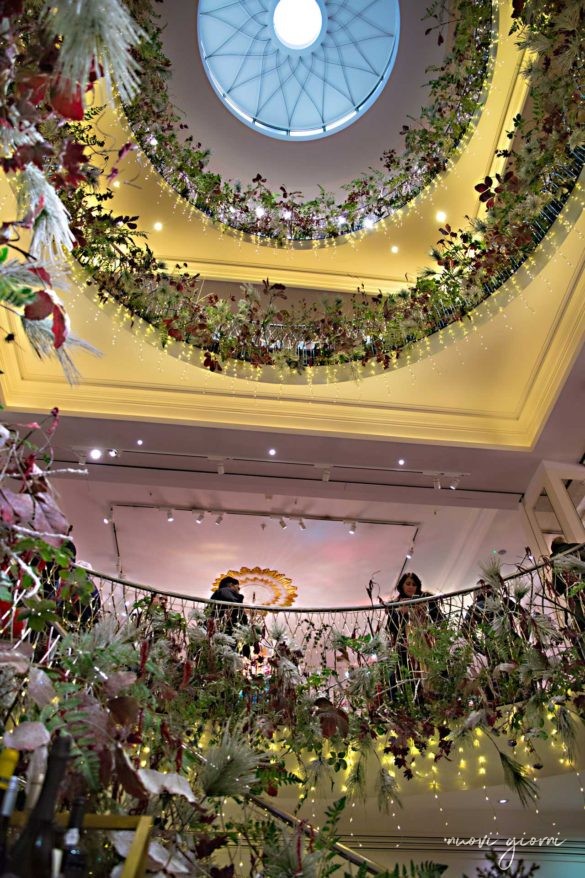 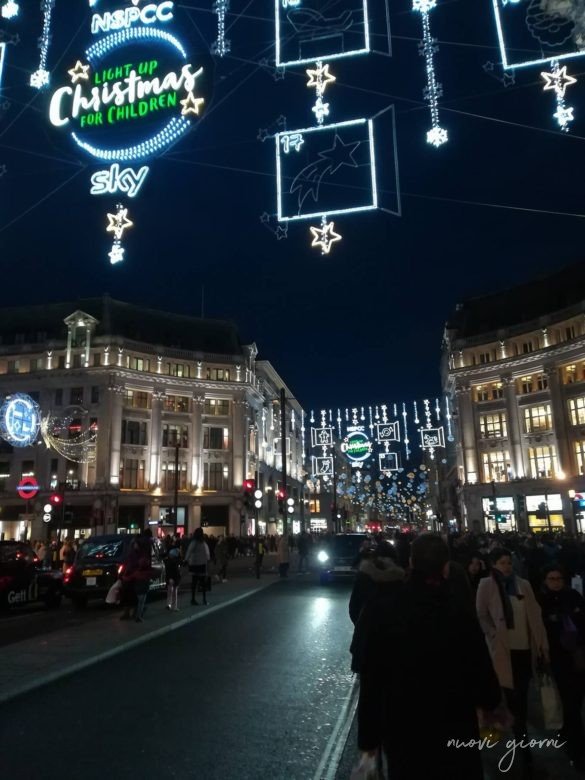 We stopped for a chai latte in Carnaby Street and let me tell that if London was decorated all over, here they gave it all! Giant parrots, palm trees and colorful steamers to celebrate Rio in this exciting Carnaby Christmas Carnival.

At dinner we met with a friend of mine who has been living in London for four years and we ate at a vietnamese restaurant called Pho (very good). We spent such a pleasant night talking about this and that, realizing that our friendship is still the same even if we are living two different lives in two different countries. 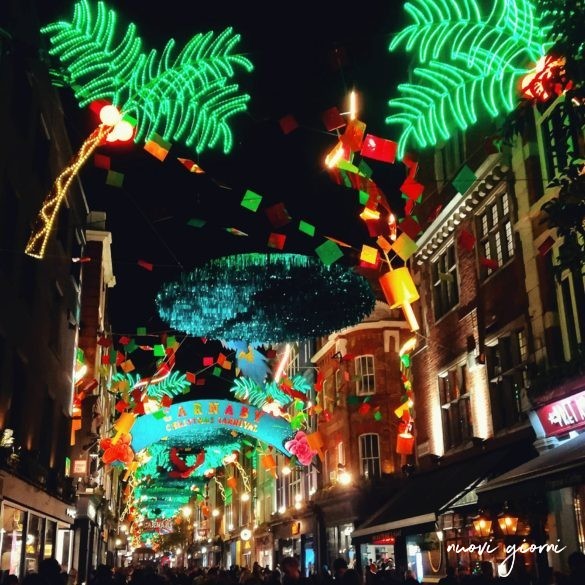 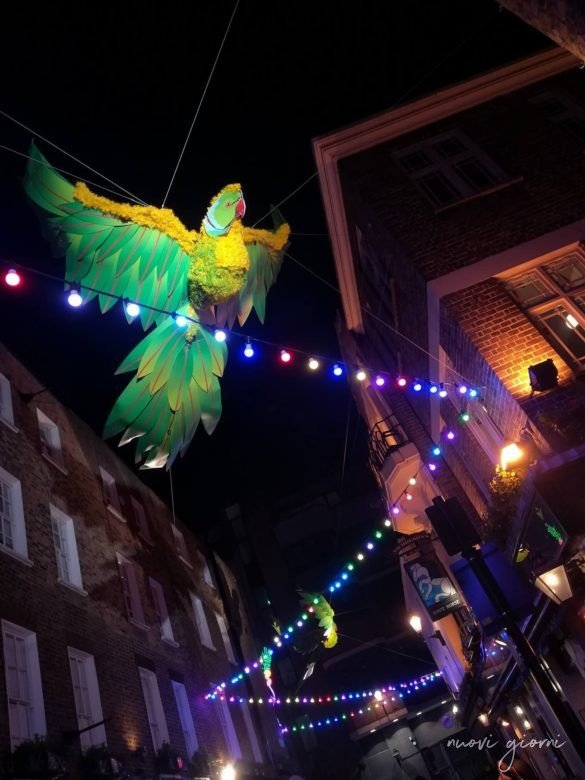 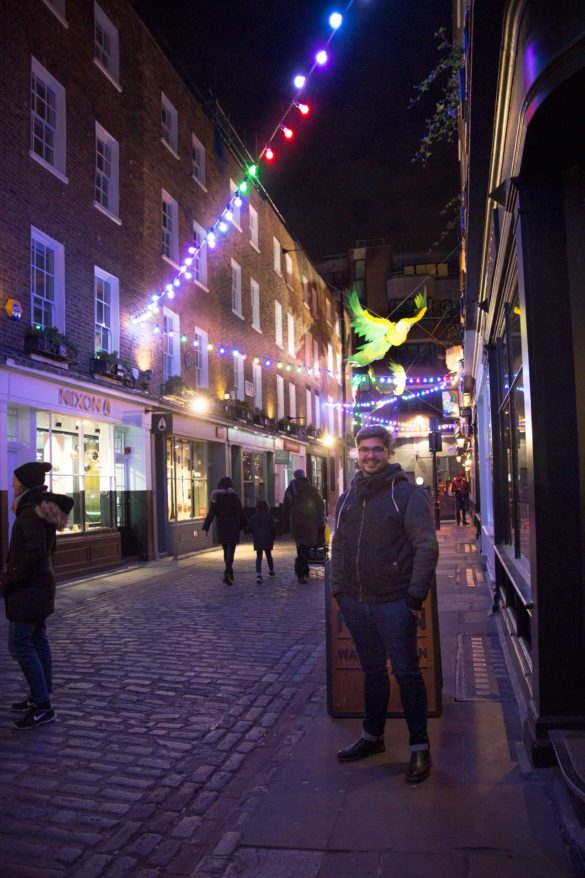 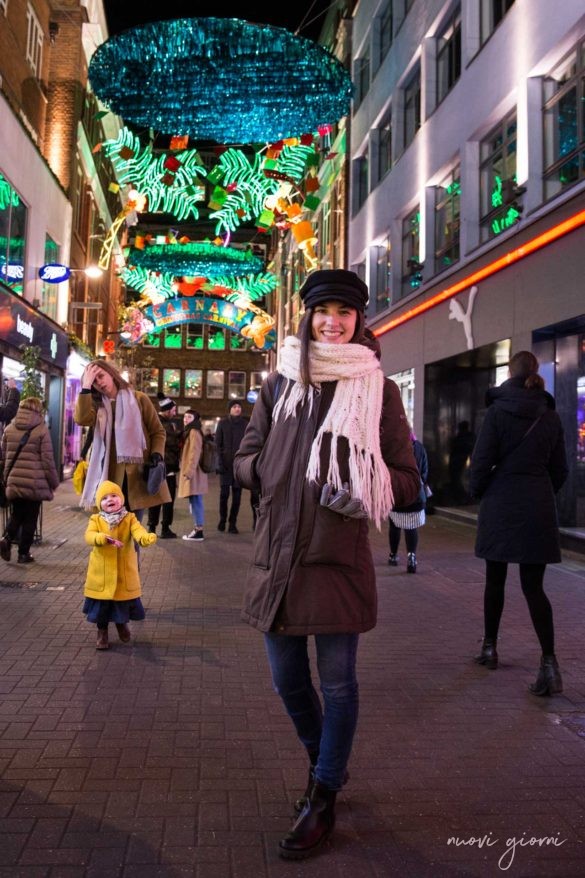 Reluctantly our Christmas trip ends here but not without a light drizzle. Well, did you really expect me to leave without having experienced also some proper english weather?

London: a city with a thousand opportunities and styles, mixed cultures and good warm tea, heartwarming over Christmas time.

The Rilke path: a beautiful and easy trail...

Our Holidays in Italy at the Tremiti Islands...

Wines from Italy. Our walk through the renowned...

Those 4 days through Edinburgh, Stirling and the...

Montenegro – Our dream holiday aboard a gulet

Granada, a City to Eat